Cybersecurity expert Bruce Schneier and colleagues recently claimed that “cryptocurrencies are a complete and utter disaster, and blockchain is useless.” According to them, cryptocurrencies enshrine a system of governance of the type “those who have the gold make the rules”. Schneier and his peers added that the biggest problem with blockchain systems is that they aren’t decentralized and don’t do everything their proponents claim they do. However, crypto expert Matthew Green thinks blockchain is far from useless, and the cryptocurrency industry just needs some regulation.

Bruce Schneier is a Fellow of Harvard University’s Berkman Klein Center for Internet & Society and Chief Security Architect at Inrupt, a company founded by Web inventor Tim Berners-Lee to create a new Internet proof of centralities. Schneier is among a group of 26 technologists who earlier this month sent a letter to lawmakers in Washington in an attempt to warn them of the dangers of the cryptocurrency industry. Signatories to the letter called on US lawmakers to block efforts to create a “regulatory haven” for cryptocurrencies.

Here is an excerpt from the letter: Since its inception, this technology has been a solution in search of a problem and has now clung to concepts such as financial inclusion and data transparency to justify its existence, despite much better solutions these questions already used. Despite over thirteen years of development, it has serious limitations and design flaws that rule out almost all applications that deal with public customer data and regulated financial transactions and are not an improvement on non-blockchain solutions. 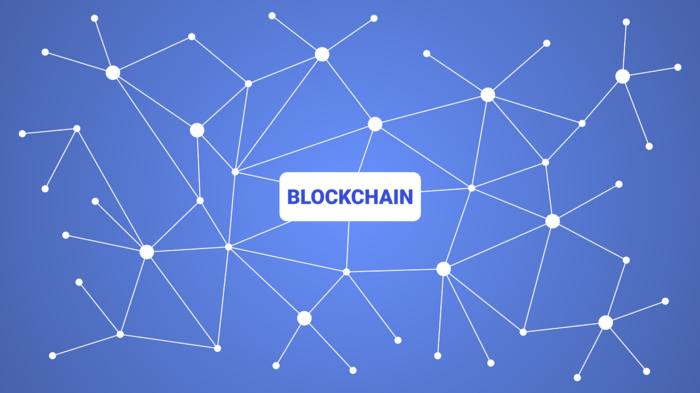 They want Washington lawmakers to focus instead on what they call “responsible fintech policy.” The letter calls the cryptocurrency “risky, flawed and unproven.” Schneier recently published a blog post in which he explains more about some of the arguments he and his colleagues used in their letter. In some very important ways, blockchain systems are insecure. They do not replace trust with code. in many ways they are much less reliable than non-blockchain systems, he said.

Blockchain systems are not decentralized, and their inevitable centralization is harmful because it is largely emergent and ill-defined. They still have trusted intermediaries, often with more power and less oversight than non-blockchain systems. They still require governance and they still require regulation. The problem with blockchain is that it does not improve any system and often makes things worse, he added. He also claimed that, due to its very design, blockchain is ill-suited to almost all of the current problems he seeks to solve.

But if Schneier and his colleagues think blockchain is “totally useless,” Matthew Green, a cryptographer and professor at Johns Hopkins University, thinks it’s not. Green refused to sign the petition and wrote: the public blockchain allows a lot of stupid things. Today’s cryptocurrencies can be venal, corrupt, overpriced. But the basic technology is absolutely not useless. In fact, I think there are some pretty exciting things happening in this field, although most of them are further from reality than their proponents want to admit.

Green added: Frankly, this whole letter depresses me. I took it for granted that my technical colleagues would be a little more reasonable, especially when addressing Congress and regulators as technical experts. It’s not just about someone “getting it wrong on the internet”. These are important claims that deserve serious attention, and there are real consequences for getting it wrong here. These counter-arguments are summarized as follows:

Regarding bitcoin, DARPA recently released a report that there are weaknesses in the bitcoin network itself. The report reveals that 21% of nodes are using a vulnerable older version of the core bitcoin client. These systems could be the target of a cybercriminal who would seek to take control of the majority of a blockchain network. According to the researchers, this means that all these computers are open to the same type of hack – an important first step for an attacker trying to dominate a blockchain network, sometimes called “51% attack”.

And more concretely, if there’s a way forward that’s more likely to produce a good outcome than what’s already happening in the industry – that projects rapidly deploy cleaner technologies to replace proof of work. Because shadow or hypothetical cryptocurrency bans are highly unlikely to fix the problem any faster, and in fact: Government overreaction could make the situation worse by taking resources away from cleaner chains that are put themselves in place to solve the problem,” he added.

In response to Green, Schneier said: please show me an application where blockchain is essential. That is, a problem that could not have been solved without the blockchain and can now be solved with it. (And “ransomware couldn’t exist because criminals can’t use conventional financial networks and cash payments aren’t feasible” doesn’t count). According to Schneier, the blockchain does nothing to solve any existing problem with financial (or other) systems, which would once again explain its uselessness.

These issues are inherently economic and political, and have nothing to do with technology. And more importantly, technology cannot solve economic and political problems. Which is a good thing, because adding blockchain brings in a whole host of new problems and makes all of these systems much, much worse,” he said. Green said he disagrees with arguments that cryptocurrencies are dangerous and that blockchain is useless, but he agrees with his colleagues that this industry needs regulation.

I have no problem with the idea of ​​legislators (smartly) passing laws to regulate cryptocurrencies. “Indeed, given the level of craziness and the number of outright scams that occur in this area, it’s pretty obvious that our current regulatory framework isn’t up to the task,” Green said. However, Schneier takes him at his word and wonders: when you take away the madness and the scams, what’s left? .

What is your opinion on the subject?

What do you think of the argument that blockchain is useless?

What do you think of Green’s counter-arguments to justify the usefulness of the blockchain?

Can we say that cryptocurrencies are not a danger despite market volatility and scams of all kinds?

In your opinion, are there currently technological problems that only blockchain can help solve?

Do you think either of the two experts is right about blockchain and cryptocurrencies?

Tech experts are urging Washington to resist the influence of the cryptocurrency industry, saying these digital assets are risky, flawed and unproven

Bitcoin mining is becoming unprofitable as the price of bitcoin has fallen to the level of the average cost of mining, which could cause big changes in the market

Tim Berners-Lee, The Inventor of the Web: Forget Web3, My Decentralized Internet Doesn’t Need Blockchain, he said Web3 contrasts with his plans for a New Web

Blockchains would be vulnerable to tampering, according to a DARPA analysis, which reveals that 60% of all traffic on the bitcoin network is handled by three large companies